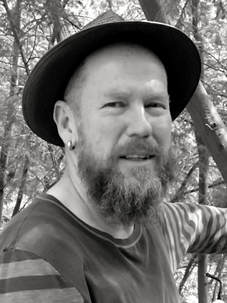 ​Malcolm McKinnon is an Australian artist, filmmaker, curator and ghost-wrangler working mainly in the realms of social history and digital media. He has an abiding interest in the surprising labyrinths of living memory and the peculiar beauty of local vernacular. His films include the documentaries The Farmer’s Cinematheque, Making Dust and Seriously Singing.

The story of Solomontown
Thousands of words have been written about Emanuel Solomon’s place and influence in the early life of South Australia, but there is one venture which has remained something of a mystery - the purchase and development of the town which today bears his name. Emanuel bought the 85 acre allotment in partnership with an Adelaide insolvency lawyer in 1848, then let it go undeveloped for 25 years.   Located right next to the booming wharves of Port Pirie, Solomontown became SA’s largest planned regional development in the 1870s, and today this clannish, predominantly Italian community remains named to honour the “founding father” who neither visited nor erected a single building. Malcolm McKinnon looks at the strange story of Emanuel’s northern town.