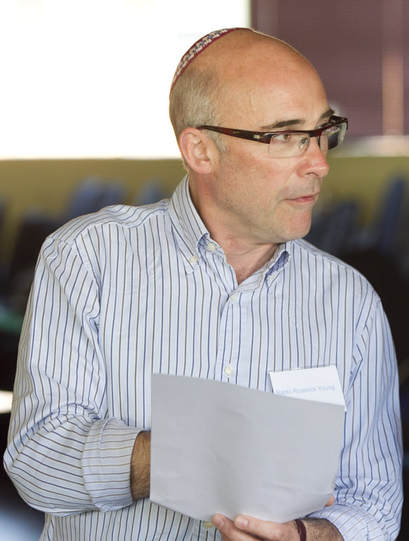 Rabbi Roderick Young (UK based)
​Rabbi Roderick Young was born in Salisbury, in the south of England.  After leaving Sherborne School, he studied English Literature at Oxford University.  He was raised as an Anglican Christian and only discovered that he was Jewish at the age of 23, in 1983, when his Aunt Thea told him.   His mother had converted to Christianity in 1936 and had never wanted her children to know of their heritage.  After this discovery he worked as an English teacher while researching his family tree.  In 1988 he moved to New York, where he completed an MA in Jewish Studies at The Jewish Theological Seminary of America and was ordained as a rabbi at Hebrew Union College.  He then became Assistant Rabbi at Congregation Beth Simchat Torah in New York.  In 2002 he returned to the UK, where he was rabbi to the Leicester Progressive Jewish Community, Associate Rabbi at West London Synagogue and Principal Rabbi at Finchley Reform Synagogue.  Roderick is now a free lance rabbi, to give him time to write!  He lives with his husband Zoltan, a British-Hungarian architect, in Norfolk, UK, and Tuscany, Italy.